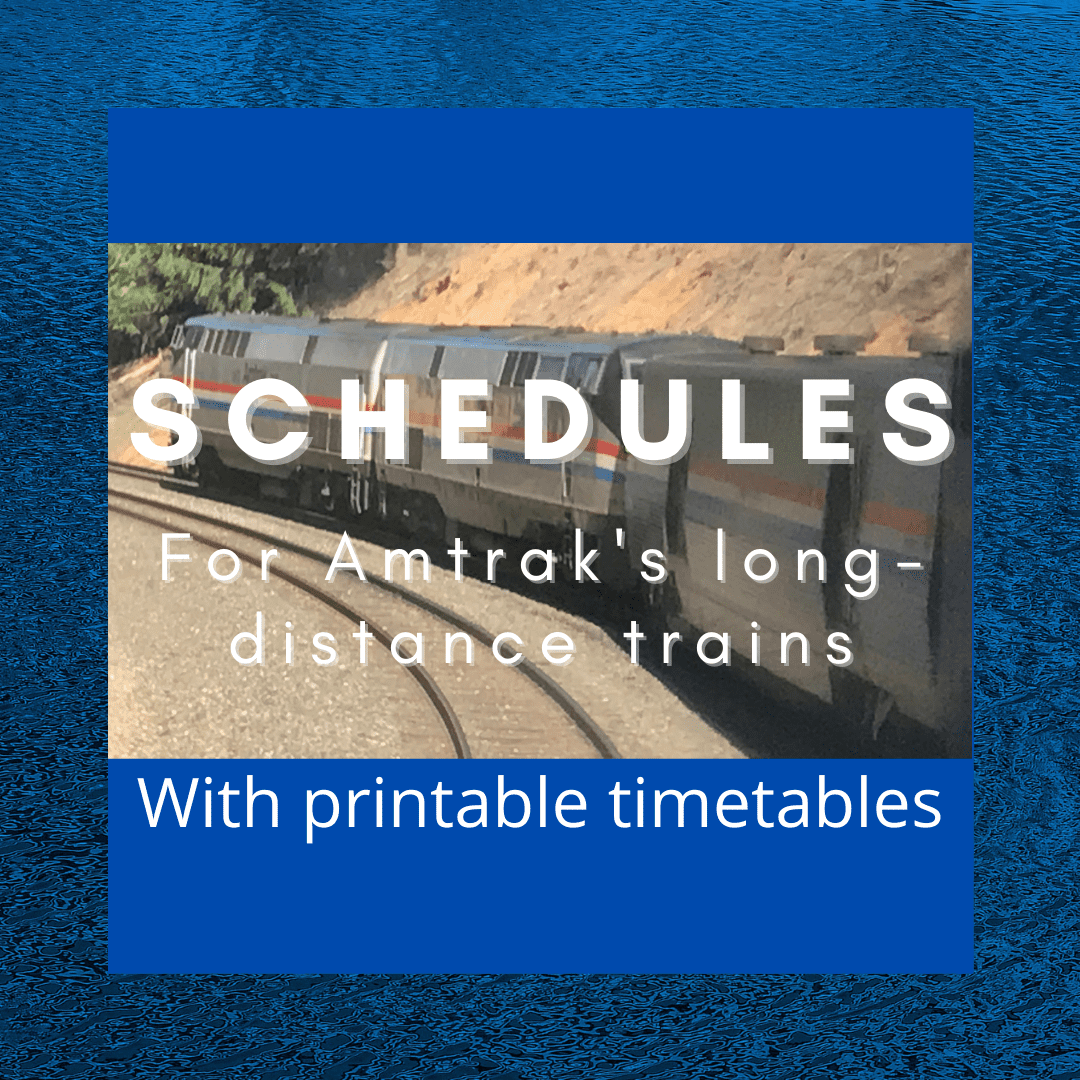 This page lists Amtrak’s current Long-Distance train schedules and breaks down the route into days. These charts will give you an idea of what you will see while on the train or know how long the train has been on the rails before it gets to you, and this info can be helpful if you are looking up tracking information.

While all trains have returned to daily service, the Cardinal and the Sunset Limited will remain three days a week service as they did before the pandemic.

Downloadable schedules are current as of the publishing date of this article; Amtrak can change them at any time. Downloadable timetables are under each table. These timetables/schedules are in a printable format. Currently, these schedules show the three-day-a-week service, but the times are still correct. 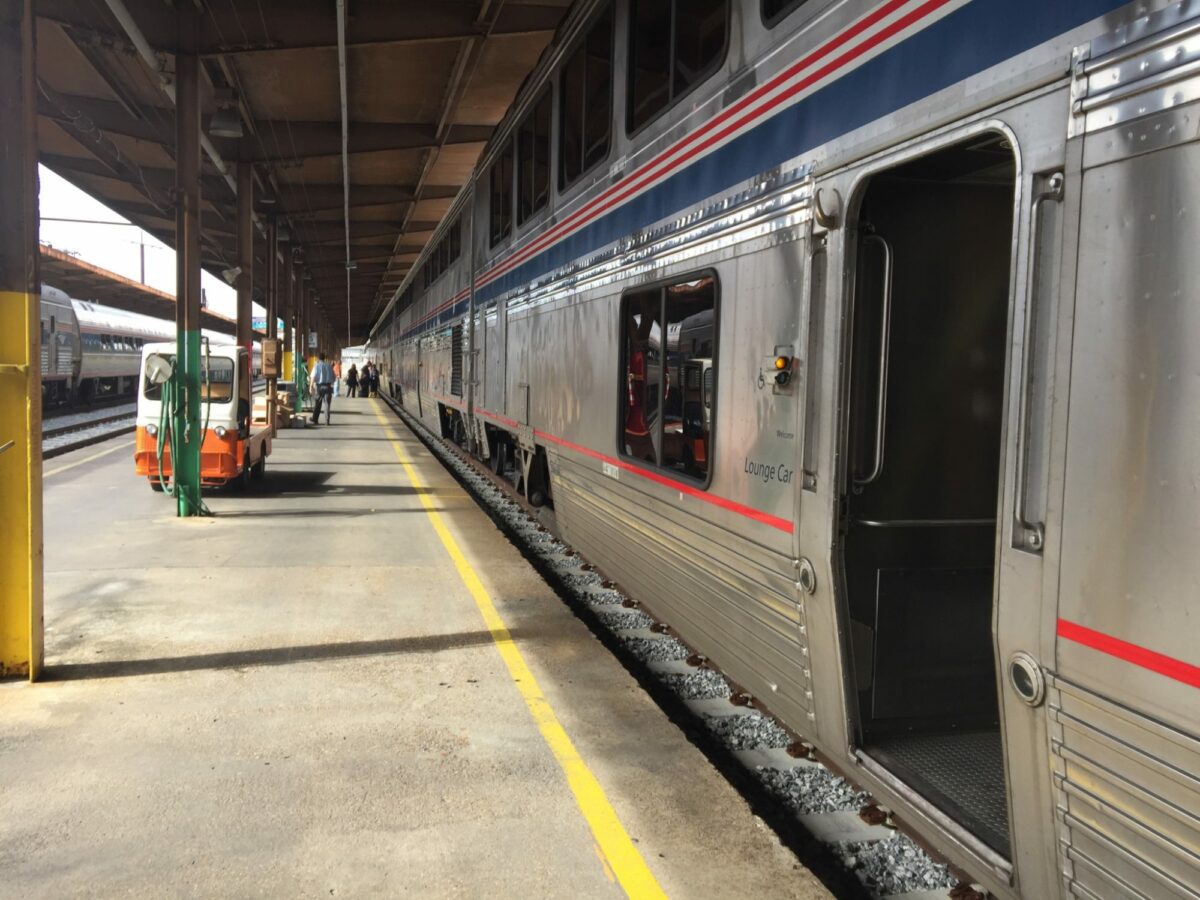 Service between Sanford, FL and Lorton, VA, this train does not have any intermediate stops.

Service between Chicago and New York Penn, NY. The Cardinal has been three days a week service before these changes.

Service between Chicago, IL, and Seattle, WA/Portland, OR.

The Empire Builder runs as one train between Chicago and Spokane, WA, as #7/#27 goes west and #8/#28 goes east. This train spits with #7 going to Seattle, WA, and #27 going to Portland, OR in Spokane. Finally, train #8 leaves Seattle, and #28 leaves Portland, and they join together in Spokane, becoming train #8/#28 to Chicago.

Service between New York, NY, and Savanna, GA. The Palmetto is the only non-overnight long-distance train, so no sleepers or dining cars.

These trains run much of the same tracks but between Rocky Mount, NC, and Savannah, GA. The Silver Meteor parallels the coast, and the Star jogs inward for a while. Click the button below to see the whole network map.

The Silver Star stops at Tampa while it is a connecting bus stop for the Silver Meteor.

Service between New Orleans, LA, and Los Angeles, CA, and the Sunset Limited runs three days a week as it did pre-pandemic.

Service between Chicago, IL, and San Antonio, TX/Los Angeles, CA. A sleeper and coach car from 21/22 are added to the Sunset Limited in San Antonio as train 421/422.

I hope this information can you plan your next Amtrak adventure. If this page helped you out and if you are interested in helping me out, check out this page.

More on traveling on Amtrak
Contact me
Food on Amtrak

Entertainment On Amtrak: Ways To Enjoy The Ride

Amtrak Station Lounges: What You Need To Know

If you receive help from this site, you can "buy me a coffee!"

You don't "buy an actual coffee," but it is a financial equivalent. Giving to this site helps defray the cost of the site allows me to produce more articles. You can support this website with a one-time gift or become a monthly supporter with perks!

Buy Me a Coffee