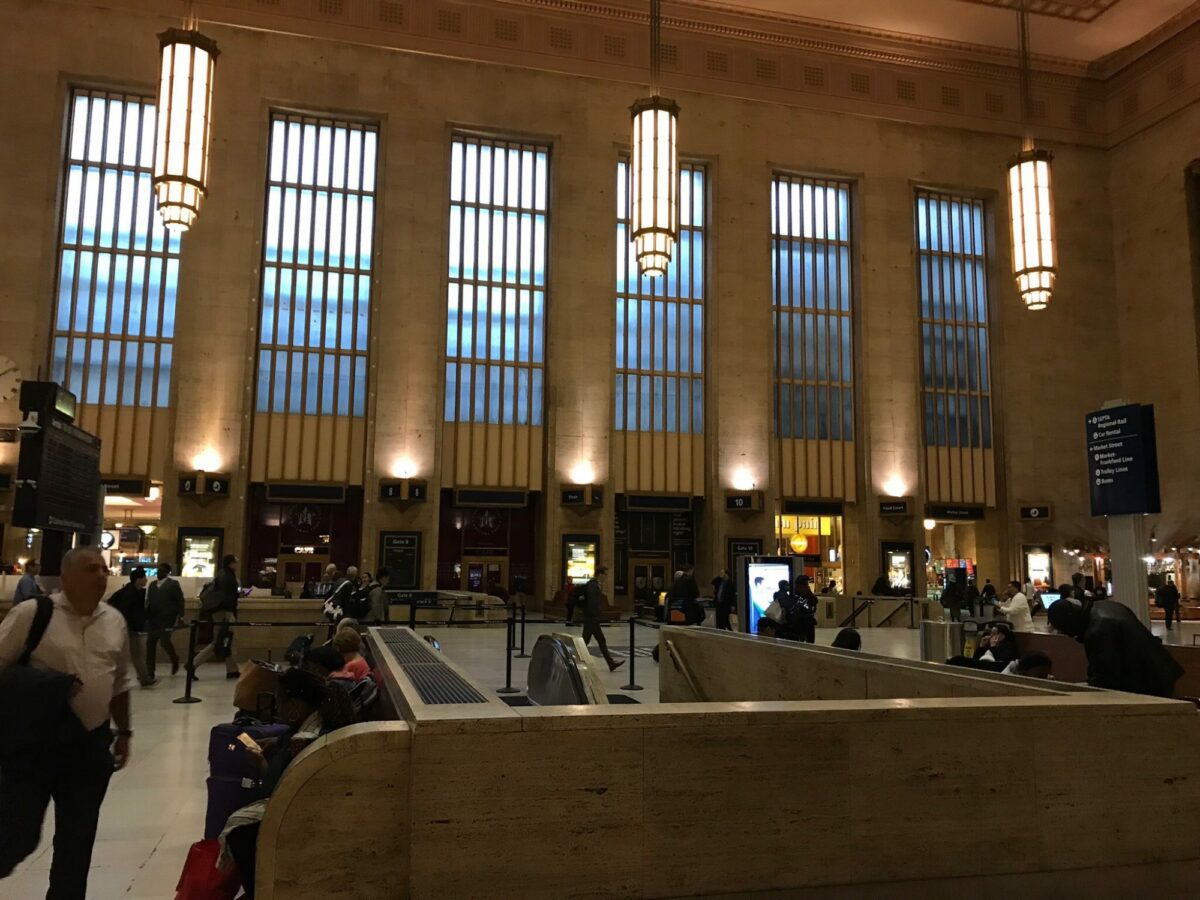 Philadelphia, Arrival and Day One

Traveling to Philadelphia from Washington, D.C., aboard train 178 went smooth and a relaxing ride.

My trip on 178 consisted of 6 station stops, traveling 135-mile and just around two hours.

The Northeast Corridor has the highest speed limits on the Amtrak network, reaching speeds up to 120 mph and 150 mph for the Acela. The Midwest has a few routes that run 110 mph using diesel locomotives. The tracks on the Corridor carry mainly passenger trains with very few grade crossings.

There are fewer delays with the lack of freight, and the train tracks do not get beaten up badly. Additionally, the Corridor uses electric locomotives faster and more efficiently than diesel locomotives. Electric locomotives put out over 8,000 hp versus the over 4,000 hp on diesel.

We arrived in Philadelphia on time, only three minutes late at Amtrak’s 30th Street station. I depart from 30th Street Station on Thursday, so I will get a chance to enjoy its grandeur one more time before I leave.

After a brief walk to the subway, I mastered the ticket machine, and on the first try, I boarded the right subway. Before long, I was above ground and very close to my hostel. After a brief walk in a friendly neighborhood, I reached the hostel, checked in, and found my room. I must be mastering this whole travel thing.

Apple Hostels of Philadelphia consist of two adjacent buildings, the one I am staying in the newly remodeled building. The hostel has a beautiful kitchen and commons area, including a pool table.

There are also male and female shower/bathrooms on each floor that are spacious and clean. I have a roomy private bunk bedroom. Each bunk has two outlets, two 2.1 amp USB ports, a shelf, and a light. They use Rocky movie posters to show what floor you are on; that’s clever but handy.

Tomorrow I am hanging out with Sean, a friend I meet on a train trip. He is one of the few people I meet on trains that I still talk to, for I think he might be the only one. Sean and I have taken a couple of train trips together since then. I traveled to Philadelphia twice this year to see him. Earlier this year, I rode the Capitol Limited to Pittsburgh, PA. I transferred train and took the Pennsylvanian to Philadelphia, with a short layover to catch the Silver Meteor to Charleston, SC; Sean and I had some time before he went off to work.

Kev has been traveling with Amtrak since 2012, celebrating his tenth year this year. Over those years, he has been on over 700 trains covering over 200,000 miles of rail. Kev enjoys helping others achieve their travel dreams by assisting them to get started. Kev enjoys making music as an organist.

Amtrak Superliner Roomette: What You Need To Know

What You Need To Know: Amtrak’s California Zephyr

Thank you for visiting Travels with Kev; I am glad you are here! If you found value and want to help support this work, click here, and please share this site with your friends! Safe Travels! Kev